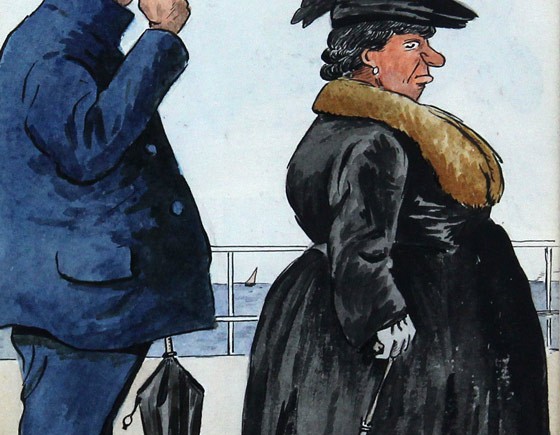 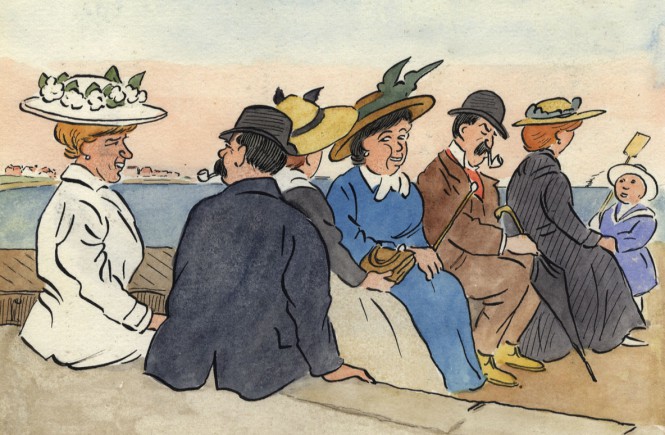 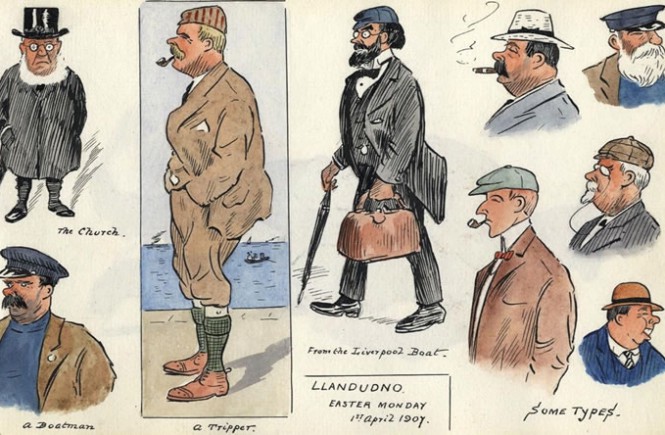 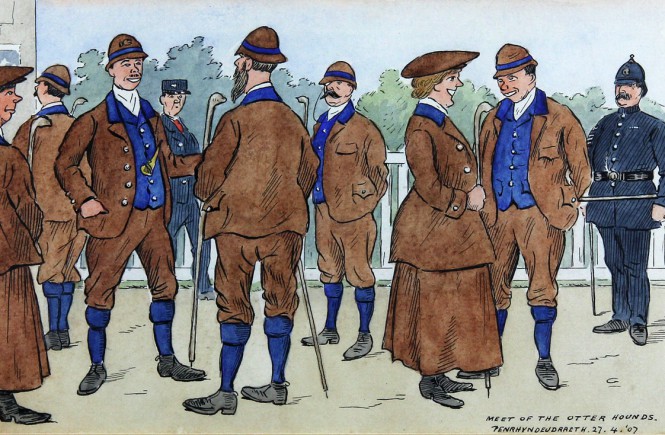 I first met Marc Rees in Cardiff to discuss working together on an aspect of Welsh tourist history in north Wales for the Llandudno-based arts festival, LLAWN02. The underlying theme of LLAWN02 was the Presence of Absence which doesn’t only relate to buildings and tales but also to people. J Walter Richards is a forgotten artist who worked as a solicitor in Colwyn Bay before retiring to Anglesey. I had recently rediscovered and obtained a rare collection of Richards’ drawings that have never been seen by the public. Therefore, with Marc Rees, we felt it was time to reveal them in a somewhat unusual fashion. The illustrations featuring wonderful, colourful characters, captured in watercolour, were displayed in groups via vinyl, covering whole windows of prominent empty shops throughout the town. A number of key figures were replaced by vibrant pink silhouettes (connecting directly with the LLAWN brand). These missing notables were repositioned as life size cut-outs within the shelters along the Prom, thus creating a wonderful juxtaposition of seaside excursionists, then and now; a snap shot of collapsed time. One day, I would love to turn this wonderful collection of original artworks into a book. J Walter Richards deserved better recognition.